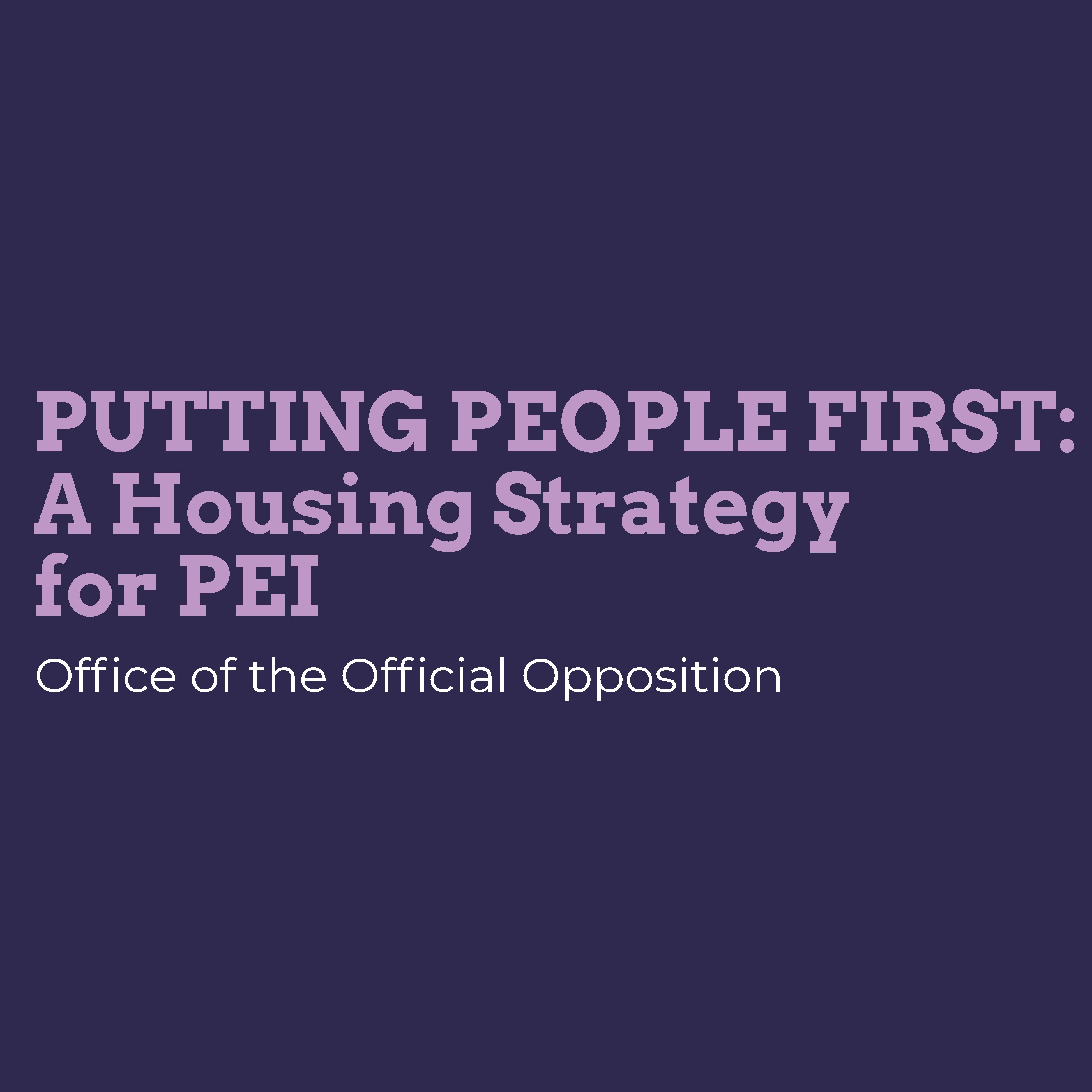 Charlottetown, PE – Prince Edward Island is in the midst of an unprecedented housing crisis. It has been a year since the Green Caucus released the Integrated Housing Framework in response to the growing housing crisis. In that year, a lack of action by government to meet this crisis head-on has led to an imminent emergency demanding thoughtful, appropriate action.

“Prince Edward Island is in a housing emergency, Winter is coming, and it is time to put people first,” stated Honourable Peter Bevan-Baker, Leader of the Official Opposition. “With no plan and a bewildering lack of political will to recognize this emergency, people are being put at risk.”

“It is absolutely discouraging that government has not done anything meaningful in meeting this emergency,” explained Hannah Bell, Opposition Shadow Critic for Social Development and Housing. “The issues are well known, what is needed is known. Our plan demonstrates how we can take actions over the next 12 months that will have a positive impact on our ability to cope and grow out of the housing crisis.”

With the release of “Putting People First: A Housing Strategy for Prince Edward Island” the Opposition Caucus presents a thoughtful, meaningful and comprehensive response to solving PEI’s housing crisis. Meeting and solving this housing crisis will require a measurable commitment by government.

“The time for waiting for action is long gone. We have done the work, we have spoken with our community partners and stakeholders, we have met with Islanders and heard what they need. It is time to now put boots on the ground, remove the barriers, stop the hand wringing, and start securing the fundamental right for all Islanders to have safe, affordable, and appropriate housing,” said Ms. Bell. “Islanders expect leadership. We have a plan. We are ready to get to work. Will government honour its commitment for collaboration and join us in solving this crisis?”