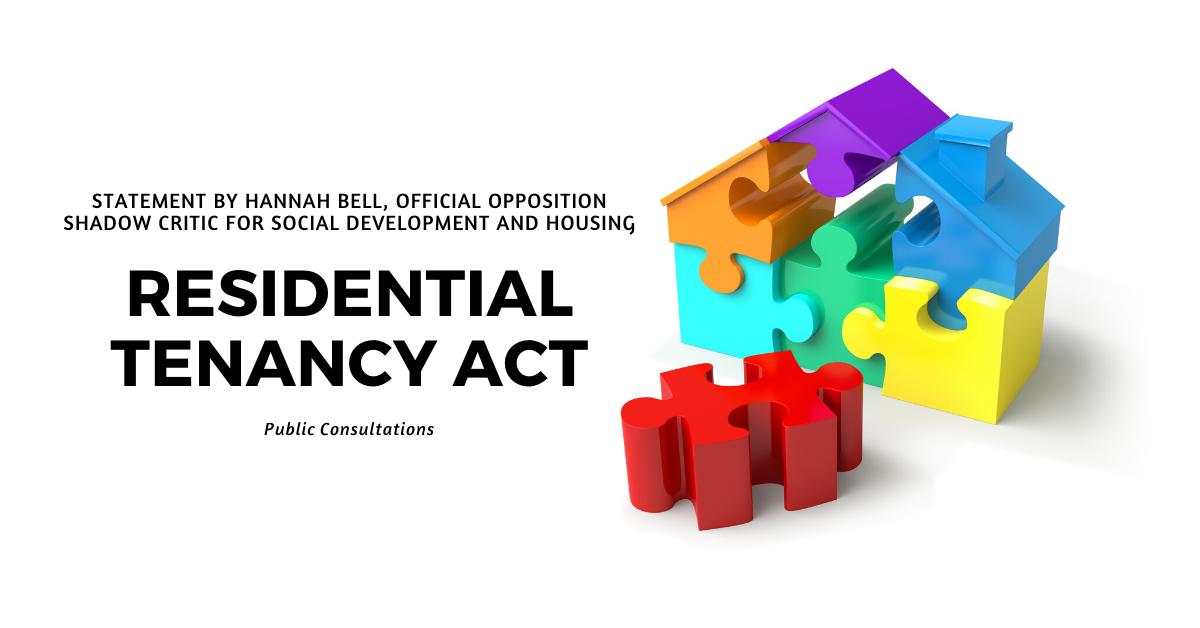 I am pleased to see public consultations have begun for the proposed Residential Tenancy Act. This is the most significant update to PEI residential rental legislation in decades, and when government first shared with me the draft legislation, I was adamant they undertake a full public consultation before bringing it to the legislature.

Among the Official Opposition recommendations government included are:

These measures provide greater protections to Islanders who rely on rental accommodation, which is especially important as our Province grapples with the worst housing crisis in its modern history.

With its expanded rights and regulatory clarity, I believe the draft legislation is a solid starting point to improve the housing situation and the oft-fraught relationship between both tenant and landlord. I encourage every Islander to engage in this important consultation so all viewpoints are presented and understood.

Together, we will create an environment in PEI’s rental market that is fair and equitable to all.