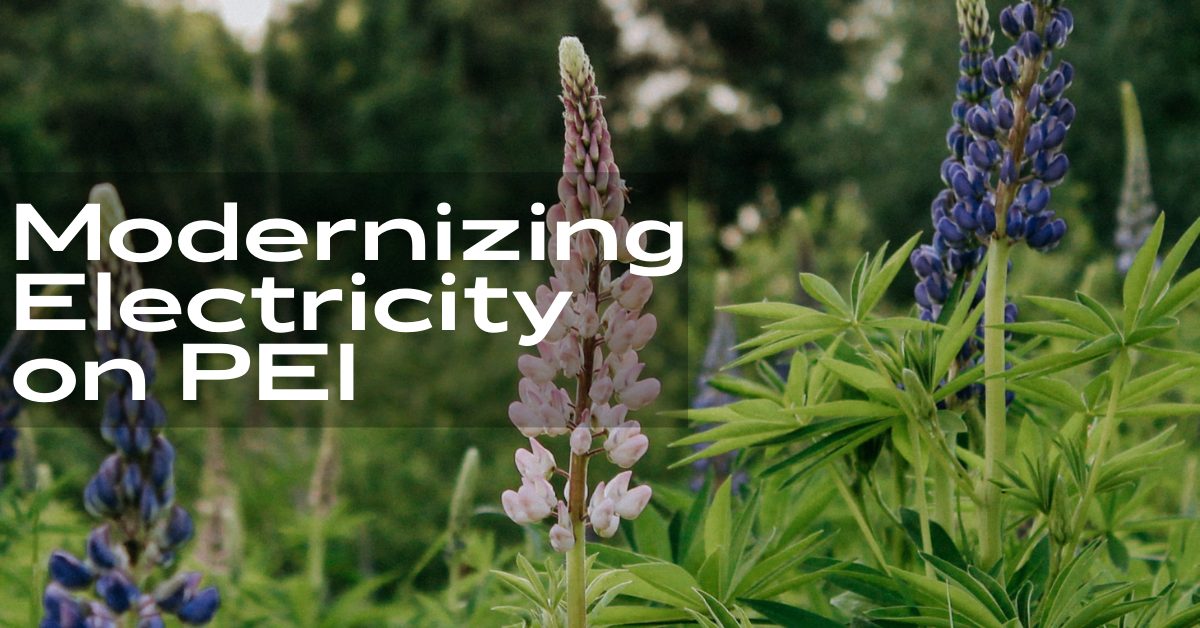 I am inviting all Islanders to share with me their thoughts on a proposal I am making to modernize PEI’s energy laws.

Recent government announcements have committed our province to reducing greenhouse gas emissions to net-zero by 2040. These goals are reconfirmed in the Net-Zero Carbon Act. This was introduced by my fellow Official Opposition member Lynne Lund, MLA for Summerside-Wilmot, in the Legislature last fall. It became law after all parties and MLAs agreed unanimously to pass it.

A major part of the transition to Net-Zero will require modernizing our electricity system. This system is primarily regulated by the Electric Power Act and the Renewable Energy Act. I am planning to introduce two bills in the PEI Legislature to amend them. The House will resume again on February 23, 2020. In advance of this, I am asking you for feedback on the proposed changes.

In a nutshell, the changes I am proposing will:

There are also requirements for the utility to issue a public report annually on their progress.

Another major change proposed for the Renewable Energy Act is to eliminate the minimum purchase price for renewables purchased by a utility on PEI.

According to the PEI Energy Corporation (PEIEC) annual reports, the cost of wind power has dropped significantly since 2005, and is now well below the minimum purchase price. This drop in cost means, as the main seller of renewable electricity in the province, PEIEC is making a significant profit.

While these revenues do ultimately end up going to the provincial government, this money is made on the backs of Islanders, including low-income and vulnerable people who face inflated costs to heat their homes and keep the lights on. This places an extra burden on those who have no extra income to give, and who may end up having to make impossible choices between paying the power bill or buying food and medication. This revenue should not come from their wallets. Government has other tools it can use to pay for the important services it delivers to Islanders.

This also separates farms from other residential users. This will allow the residential rate structure to be altered so it can bring the most benefits to Islanders without affecting farming operations.

There are also minor changes to the Renewable Energy Act to lay the groundwork for the adoption of home storage, including vehicle-to-grid technology, in the province.

Home storage would permit people to store power they generate from renewables or the electrical grid for use at a later time – for example during a power outage, when time-of-use rates are higher, etc.

Vehicle-to-grid technology uses the batteries in electric vehicles (EVs) while they are plugged in to help stabilize the electricity grid. This can create a new revenue stream for EV owners while at the same time improving the electricity grid. Time of use rates would also allow for smart charging that charges when rates are low, saving home storage and EV owners even more.

Another opportunity these changes could help bring in is the ability to encourage a distributed grid. For example, this could permit Islanders who generate solar or wind power the opportunity to sell their excess energy to other organizations or the utility company by grouping many small resources together to be treated as a larger system. The same can be done with batteries and home storage.

In short, Islanders can be paid by the utility for helping supply electricity to the grid. Currently, tens of millions a year are sent off island for services that Islanders could be providing given the chance.

Time-of-use rates for electricity will be an important tool for PEI in the future. By varying the price of electricity based on when the wind is blowing, we can encourage people to use electricity when our inexpensive Island wind (and increasingly solar) farms are producing the most power.

This will also help reduce how much power we have to import from off-Island or the need for expensive peaker plants or battery backups that might only be used once a year.

Overall, this should help reduce electricity rates for consumers while promoting the use of Island-generated renewable energy.

What are your thoughts?

Please send your thoughts, comments, and questions to me by email at officialopposition@assembly.pe.ca or by calling our office at (902) 620-3977.

Please be sure to submit your comments before February 7, 2021. Thank you!

Q: Will this change increase my electric bill?

A: These changes will create a fairer rate structure. For some high energy users, this may mean an increase in rates. However, there is a transition period proposed to help provide short term stability and time to adapt. In the long term, bills should decrease for about 70% of households.

Q: What measures are being proposed to help farmers transition to a new rate structure?

A: A transition period will provide farmers with short term stability and time to adapt to the new structures. We have also called on government to provide additional supports to help farmers reduce their energy consumption and generate more of their own energy.

Q: How will I know when electricity rates are cheaper so I can plan my usage?

A: This depends on how the utility decides to implement time-of-use rates. The City of Summerside uses smart meters which can automatically control appliances such as heaters to draw power when it is cheaper. Some provinces use set rates for different times of the day when demand for electricity is typically higher or lower (see Managing costs with time-of-use rates, Ontario Energy Board).

Q: How will this help PEI meet its net zero targets?

A: While PEI has done a good job of installing wind energy, most of our electricity is still generated by burning fossil fuels (including much of the power that we import from New Brunswick). The proposed changes would make it mandatory for 100% of our electricity to come from renewables by 2030, which would eliminate all of the greenhouse gas emissions associated with our electricity.