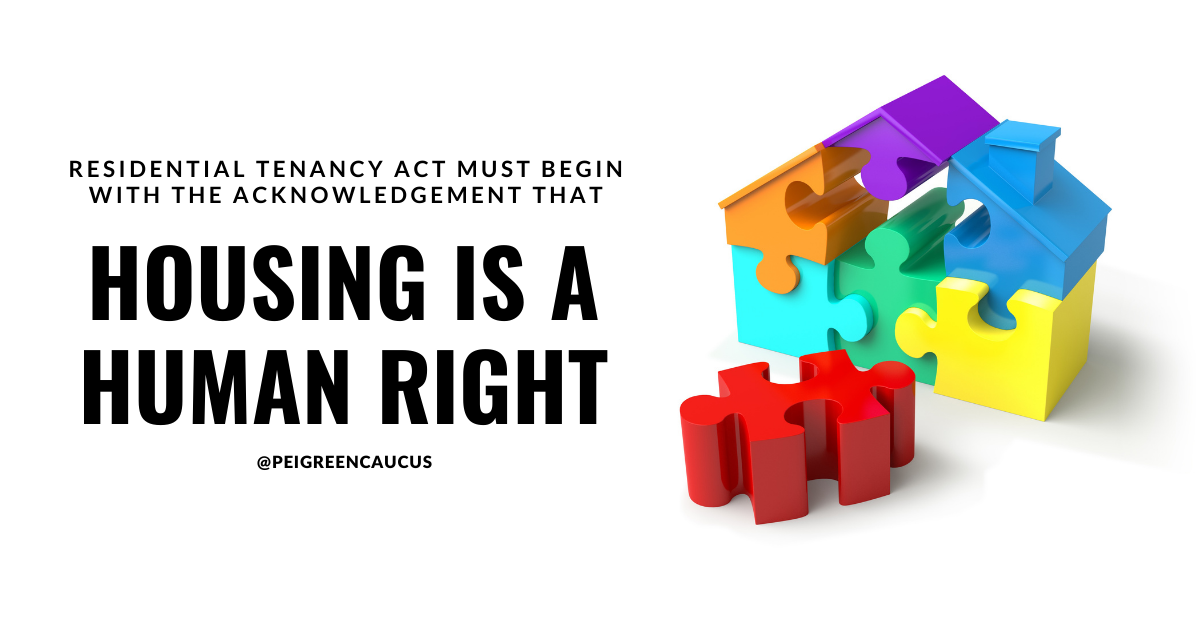 “In our response to the briefing by Minister Trivers, we reiterated that we must begin from the standpoint that housing is a human right,” said Karla Bernard, Official Opposition Critic for Social Development and Housing. “Recognizing that housing is a human right sets a foundation and framework on which to strengthen families and communities through the Act. Without this recognition, we continue to treat housing as a commodity and further deepen the housing crisis.”

“I was pleased to hear the Minister indicate these were things he thought could be introduced,” said Bernard. “I hope he follows through and supports the changes that Islanders are asking for and the Opposition is fighting for. However, if the Minister is unwilling to do so, I will be pleased to represent the people of Prince Edward Island and introduce the necessary changes to recognize housing as a human right and ensure tenants can live in dignity and security.”