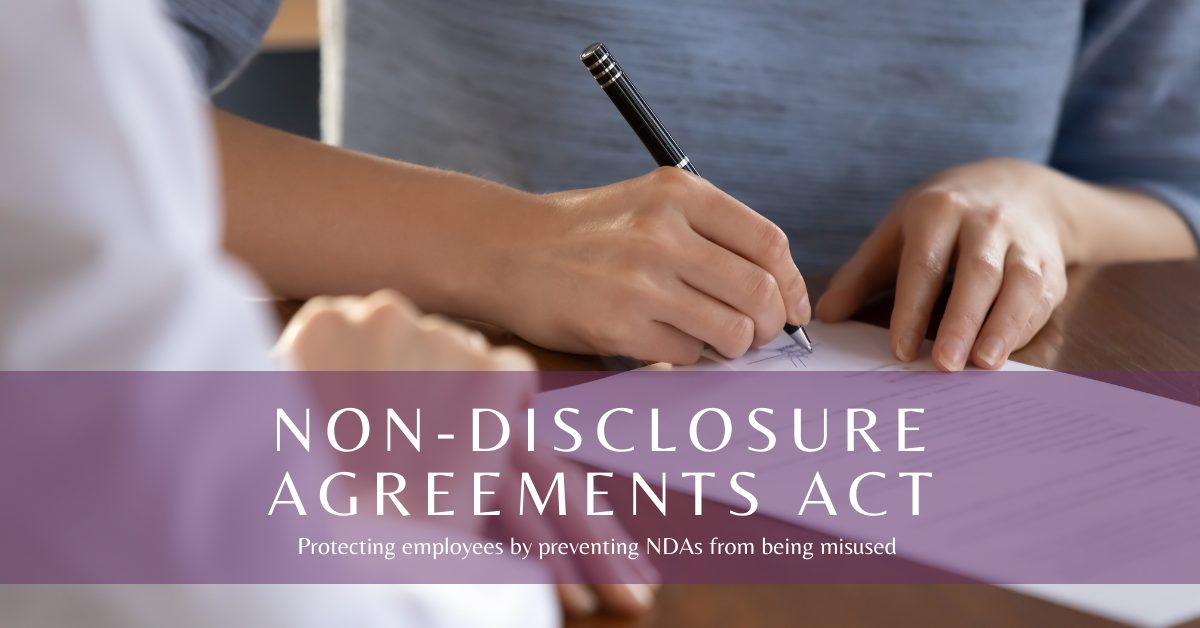 This week PEI makes history as the Non Disclosure Agreements Act comes into force. This makes PEI the first jurisdiction in Canada to ban these overarching agreements in cases of sexual misconduct, harassment, and discrimination. I was proud to sponsor this Bill, and to stand with survivors who were brave enough to share their stories with me.

Their stories were varied, but the theme was generally the same: Something terrible happened, and when they complained, they were offered a settlement agreement, complete with a gag order. Most were only given a very limited window to decide what was best for them, had no independent legal advice, and were made to believe they didn’t have a choice. Desiring to move past their horrible experience and get on with their journey to healing, they quickly discovered the agreement they signed was the thing that prevented them from moving on.

It is important to be able to talk about our experiences in order to process them and begin the journey of healing. By signing an NDA, that basic desire to be heard had been stolen. They lived in fear of slipping up and getting sued. Often they found themselves having to lie to protect the perpetrator.

This muzzling of survivors means serial harassers are able to stay in positions of power where they often reoffend. Existing power imbalances are being exploited. And, we’ve learned that these gag clauses are extremely common. This new law aims to address that.

So what does this mean for PEI?

As of this week, Non-Disclosure Agreements can no longer be standard practice when settling allegations of sexual misconduct, harassment, and discrimination. Moving forward, any new agreement that puts the health or safety of another person at risk is unenforceable. No more hiding predators in positions of power to harm unsuspecting new targets.

Going forward, NDAs will only be included if the survivor is requesting it. As this is a measure of protection for the survivor, the agreement must spell out how that person can waive confidentiality in the future if they so choose.

Additionally, survivors are entitled to seek independent legal advice so they know exactly what it is that they are signing, the agreement must be written in plain language, and no agreement can prevent a person from talking to their doctor, mental health worker, social worker, a lawyer, or the police. It must also not prevent them from making a complaint to the Ombudsperson.

What about existing agreements?

This new law offers some good news for people who signed agreements in the past. As of May 17, 2022 it is clear in law that your old agreement doesn’t infringe on your right to talk to a whole list of individuals, including your medical practitioner, mental health worker, social worker, a lawyer, or the police. You are also allowed to inform the Ombudsperson’s office about what happened, if that’s applicable.

I am so proud to have sponsored this legislation. And I am proud my colleagues on all sides of the House chose to support it. We’ve sent a clear message that NDAs cannot be misused to protect offenders. We’ve sparked a national conversation. NDAs were originally used to protect intellectual property and trade secrets, but one person’s sexual assault is not another person’s trade secret. This week that is no longer an opinion. It is the law.