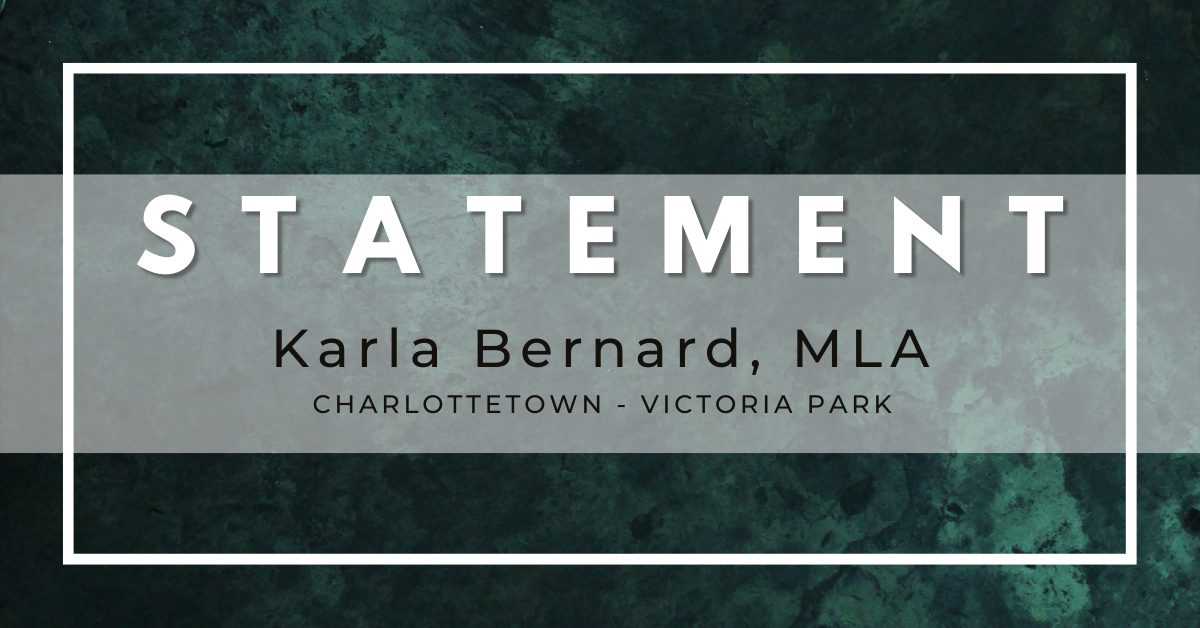 The community of Charlottetown-Victoria Park is feeling unsafe. The community has serious concerns around the safety and security of its residents and the clients of the Community Outreach Centre.

Many have expressed concerns about the garbage around the Centre, including the safe disposal of used needles. There has been theft from residents including the theft of bicycles. There are concerns about loitering. There are not enough shelter beds in Charlottetown so people are sleeping in the hallways of private buildings, backyards, and in tents wherever they can find space. These are the direct outcomes of a government that has failed to invest in people and the services they need.

I have brought these concerns to the attention of Minister Trivers numerous times both publicly in the House and in conversations, meetings, and in emails. In every instance, the Minister has questioned my account of the concerns of constituents in my district. His wilful ignorance of the issues and refusal to take action have led to a crisis in our community.

But, the Community Outreach Centre is a day service to support vulnerable populations and connect them to services and supports. It is not a shelter.

The Minister is responsible for ensuring there is suitable shelter and enough space every night for those needing it. PEI has one of the lowest numbers of emergency shelter beds per 10k population in the country; in fact, two of the facilities that offer shelter have exceeded capacity in recent months. It’s clear our gaps in shelter beds are not being resolved by this government, especially as our most recent street count by the John Howard Society PEI shows that homelessness is on the rise.

I am calling for Minister Trivers to immediately hold a public meeting with the community – not next month, not next fall, right now, right away. He must give the people of Charlottetown-Victoria Park — the residents, businesses, and Community Outreach Centre clients — an opportunity to speak openly and publicly with him face to face.

Minister Trivers, stop hiding, stop ignoring, stop denying. It’s time for you to do the job you were appointed to do.