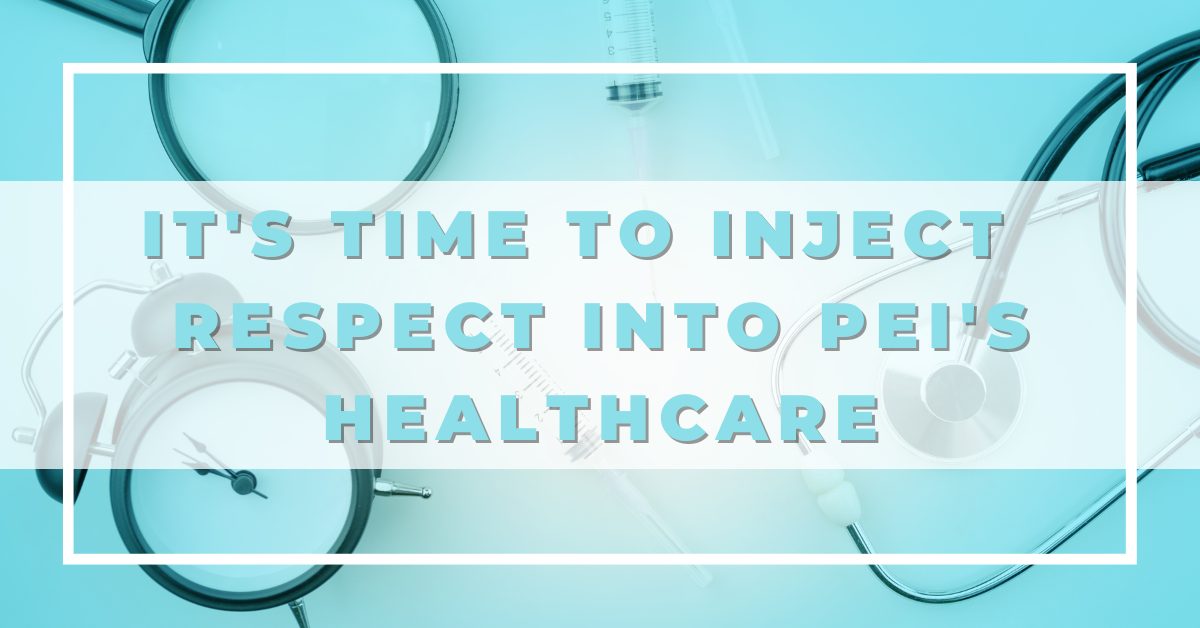 The relationship between the King government—led by Minister of Health and Wellness Ernie Hudson and his department—and Health PEI is complex and confusing and it is harming healthcare on PEI.

During my time as health critic I have discovered that even those in power often don’t understand who is responsible for what. There seems to be a problem that is bringing healthcare to the verge of a wholescale collapse. This is an emergency demanding immediate attention.

Health PEI is responsible for running health services but…

Health PEI is responsible for running our health system. The frontline workers on the ground are the ones making things work. Health PEI employees are keeping our system running despite facing incredible difficulties. We have record numbers of Islanders on the patient registry. There are hundreds of vacant positions. Hundreds of healthcare workers are off sick due to exhaustion and burnout. And yet, our frontline workers continue to show up every day.

Minister Hudson chooses to stand in the way

But here’s the problem. While Health PEI does most of the work, it doesn’t hold most of the decision-making power; that power resides with the Minister of Health, and ultimately the Premier. One would hope Minister Hudson is doing everything in his power to support Health PEI, but no one sees the evidence that he is doing all that he can.

Health PEI needs funding for increased support workers. They need funding for retention. They need the authority to make decisions that they know are best for their patients. I have said this before and I say it again: our frontline knows the issues with the healthcare system and they know what is needed to turn us around.

Political interference is hurting both patients and healthcare workers

The politicization of our healthcare system hurts our frontline and their patients. How? Here’s an example: Health PEI employs healthcare workers, but they don’t recruit them and they don’t have authority in their budget to do what is necessary to retain them.

If ten nurse practitioners showed up at the doors of Health PEI today and asked for a job, Health PEI would have no authority to hire them. How bizarre is that? Instead of welcoming them and plugging them into the system, Health PEI has to go through the slow and complicated bureaucracy of government. Those nurses can get jobs anywhere. What is government offering them that would make them wait for a job when they can get a good job elsewhere? In the time that it takes to get through our red tape, these critical healthcare workers will be long gone.

Health PEI also doesn’t have the authority to retain and reward workers. I was contacted by a nurse who told me they were promised “Health PEI” hoodies as a token of appreciation. But when Health PEI asked Treasury Board (a committee of Premier King and his ministers) for permission to buy hoodies—because they don’t have the authority to spend money themselves—Premier King and his ministers said no.

Premier King jumps at an opportunity to give $100 gift cards to tourists, but said no to a simple gesture to thank our nurses. What kind of leader does this?

Three years ago, in the time before COVID, the Official Opposition saw the relationship between the government and Health PEI was causing serious problems. We suggested making changes to remove politics from healthcare. We said that Health PEI needs more authority and more freedom to make decisions that could best meet the needs of Islanders. The King government voted against most of the changes. Health PEI is on the frontline. They are the experts. We need more of them and less bureaucracy.

The Premier and his Minister refuse to remove politics from healthcare. This politicization has led to worse healthcare for all Islanders. While most other provinces have come up against this issue and changed their ways, the King government is plowing through human resources to maintain its political agenda. This has led to an unorganized and unsustainable healthcare system. We are in a tangled mess with healthcare continuing to degrade and now on the verge of a system-wide collapse.

It’s time for Premier King and Minister Hudson to stop twiddling their thumbs and empower the healthcare workers who are invested in improving healthcare for Islanders. Get out of the way and let the healthcare experts make the decisions that can help get us on the right track.