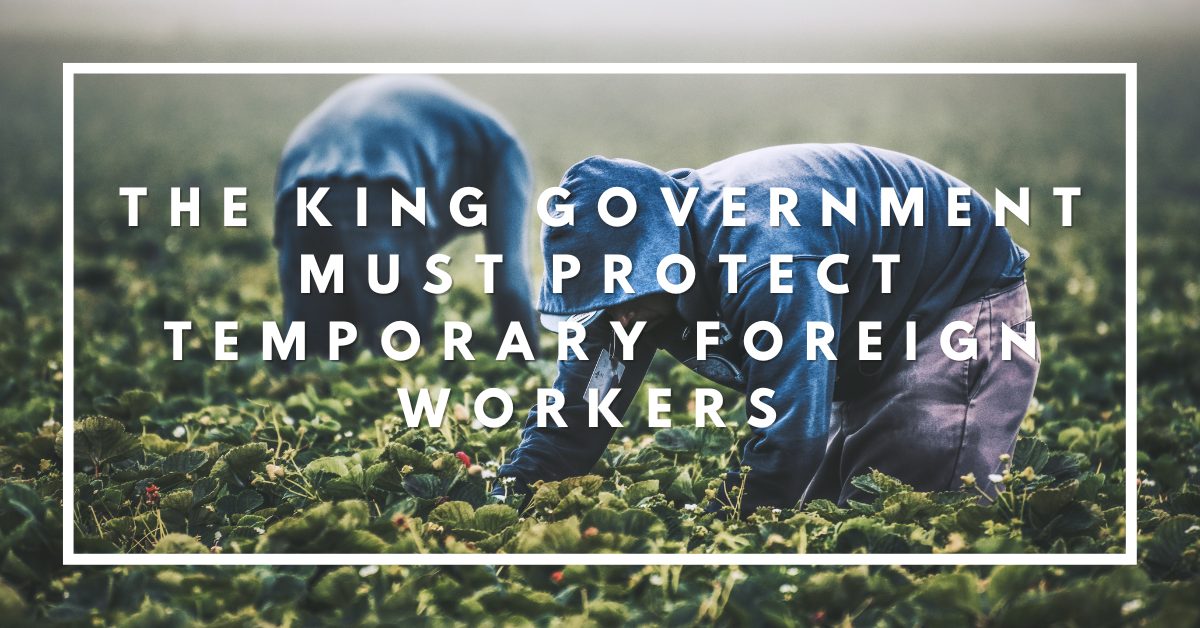 A CBC Investigates story is pulling back the veil on conditions facing temporary foreign workers and what is being revealed is shocking.

In June 2021 the TFW Maritimes (Cooper Institute, St. Thomas University, and Dalhousie University) released a report via the Migrant Workers in the Canadian Maritimes partnership titled Safe at Work, Unsafe at Home highlighting concerns about the treatment of temporary foreign workers.

Upon the release of the report, many said it reflected poorly upon Island farms and fishery operations. They called into question the findings of the report and some said, “there is always the odd bad apple”. One bad apple is one too many; as we know a ‘bad apple spoils the bunch’.

Today we are learning the depth of the concerns initially brought forward in that report. It bears repeating—what is being revealed is shocking. This kind of employer conduct is absolutely unacceptable and has no place in our Island society.

This is why the Official Opposition has been keen to strengthen legislation around protections for temporary foreign workers. We have pressured government to move with urgency on extending these protections.

With the Temporary Foreign Worker Protection Act finally passing, we have an opportunity to prevent abuse and protect the inherent value and dignity of foreign workers in Prince Edward Island. However, the King government has not yet developed the regulations needed to bring this Act into force and it has been non-committal on the timeline to complete this work.

The Official Opposition had to fight tooth and nail for the King government to even bring this legislation for debate in the most recent sitting. This has become a disturbing pattern for this government, which has consistently resisted any attempts to improve protections for Island workers. What kind of leadership does this show?

Protecting workers in the province—no matter where they come from—is the responsibility of the Minister of Economic Growth, Tourism and Culture. What is the Minister going to do to ensure that this farm is properly investigated and faces consequences for abusing its workers?

I am calling on the King government to proclaim this important legislation so we can extend protection to these workers and prevent their abuse.