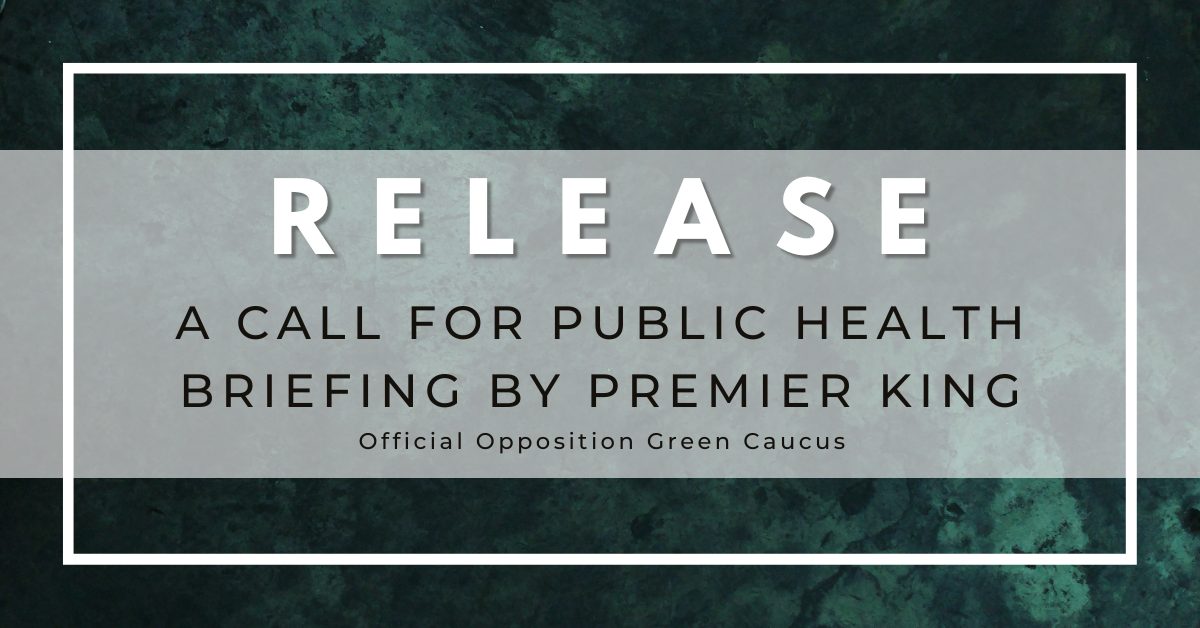 Charlottetown, PE – This morning, the Official Opposition Green caucus sent a letter to the Standing Committee on Health and Social Development urgently requesting an emergency meeting to receive a public briefing from Premier Dennis King and Minister of Health and Wellness Ernie Hudson on their plans and intentions to address the healthcare crisis on PEI.

The Official Opposition is very concerned that a private healthcare model could be in the cards. In fact, the Premier met with other Conservative premiers yesterday, and during a public media Q&A session afterward, there was a refusal to rule out the further privatization of healthcare. We can only imagine what these same premiers are saying behind closed doors.

We’ve seen from experience that private healthcare means worse outcomes for most patients. A privatized healthcare system allows the rich to get care faster, while the majority of Islanders will wait even longer for care. The Official Opposition believes that public healthcare is one of the most important policy achievements in Canadian history, and that everyone is equal and deserving of timely, equitable access to healthcare. Your paycheque should have no impact on your ability to access care.

Issues within healthcare on PEI are growing at a frightening rate. ER closures in rural communities are now the norm, family physicians are leaving almost weekly, there is a growing exodus of all frontline health staff, reports of neglect in long term care are surfacing, and wait times and the patient registry are ballooning.

All summer long Premier King has been absent and silent on his plans for our healthcare system. The only time we see him address the crisis is when sharing the stage with other Conservative Premiers who are starving healthcare in their provinces.

If privatization is not his intention, then we are asking the Premier and his Minister to share their plans to address the growing crisis and strengthen the public healthcare system, which has only eroded under this government.