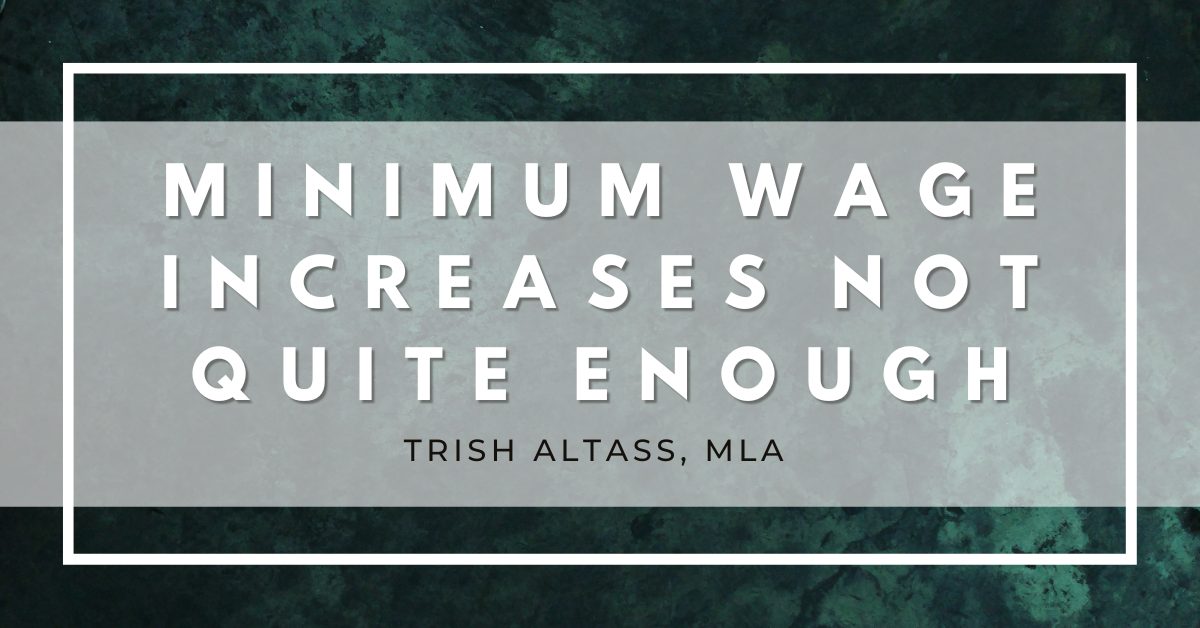 While I’m happy to see the minimum wage increase, and that the Board took into account the submission from the Official Opposition on the minimum wage order, I am concerned that these increases are simply not enough to help Island workers keep pace with inflation that continues to lead the country.

A $15 minimum wage is a milestone that workers, experts and advocates have been calling for years. As we pointed out in our submission, it should be a step on the way to a living wage.

Our caucus had called for an increase to $15.21 by April 1, 2023, which would help the wages of low-income workers keep pace with rising inflation. The decision to delay a further $0.50 increase until October 1, 2023 is hurting workers in seasonal industries which disproportionately rely on low-wage labour.

In the absence of an adequate increase to the minimum wage, and as suggested in the numerous submissions to the Employment Standards Board regarding their minimum wage review, there are still tools available to government to support low-income workers, including:

All workers deserve to be respected, valued and paid a living wage.