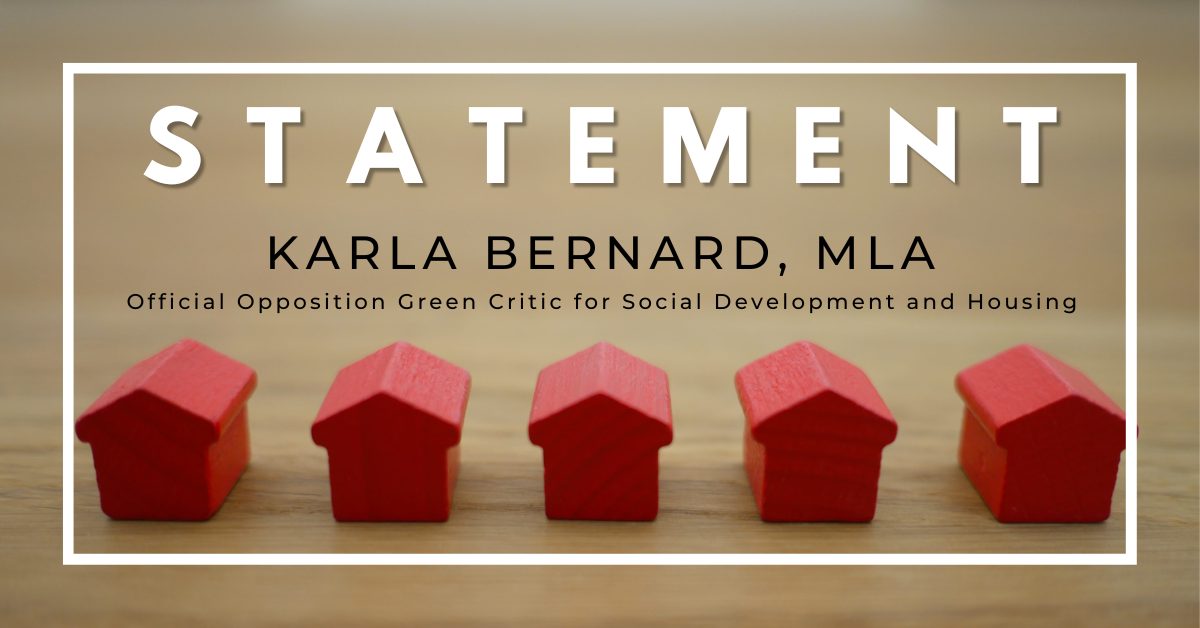 I would like to take this opportunity to thank the Minister of Social Development and Housing and his department for their work to provide temporary housing for Islanders needing a place to live this coming winter.

Yesterday the province said it has purchased 52 mobile units to be placed outside the former government garage at the corner of Riverside Drive and Park Street in Charlottetown. These units will ensure that more people have a roof over their heads, as well as the dignity of access to showers and bathrooms, this winter. This is something the Official Opposition has been pushing the government to provide for the last four years.

The Minister has indicated that it could take two months to get these units delivered and ready for tenants. At the moment we have Islanders living in tent encampments around the city, one of which is being threatened with displacement. If these Islanders are forced to leave their encampments before the mobile units are available, where are they supposed to go?

The City of Charlottetown and CADC own lots of land around Charlottetown; why is the City not offering up space and acting as a partner instead of a barrier? People living in tents have already dealt with so much instability – the City should not be imposing more instability on their lives.

Until these mobile units are ready to house people, the City must work with the Province to ensure these residents have access to:

When we talk about tents encampments, we are ultimately talking about people forced to live in these conditions. These are members of our community, and for Councillor MacLeod to say that “…it is a provincial issue, it’s a social issue and the city should not be wearing it,” is completely unacceptable and cruel. City officials should be offering assistance and relief, not disparaging remarks that help no one. Instead, I encourage Councillor MacLeod to visit the current encampments to speak and listen to those living there.

Everyone deserves to live in security and dignity, regardless of their circumstances. We should not be squabbling about jurisdiction or superficial matters like the view coming into town. It is poor collaboration and it deprives our most vulnerable residents of the dignity and humanity they deserve. It is playing politics with people’s lives.

Communication of a clear plan is necessary. The lack of details and collaboration with those needing housing by the City and the Province is not inspiring public confidence.