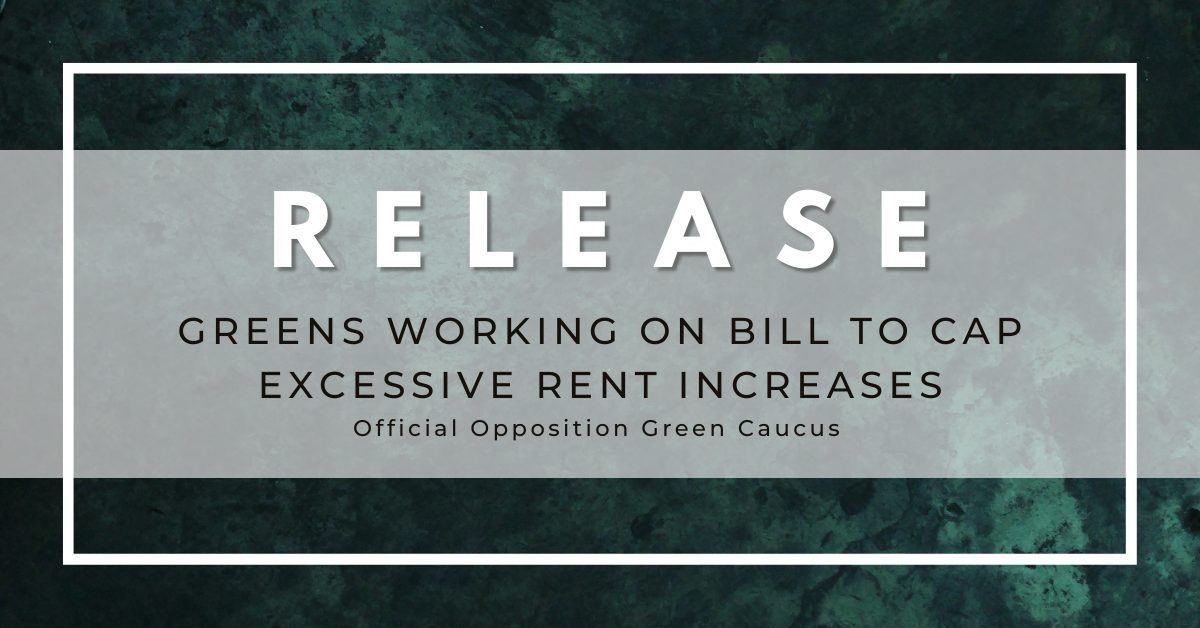 Premier King and housing Minister Matt MacKay have said they are working on a bill to deal with the extraordinarily high allowable rent increase announced by the Island Regulatory and Appeals Commission last month.

“This government has repeatedly delayed bringing forward the new Residential Tenancy Act, despite a draft of that new law being completed in 2019,” said Peter Bevan-Baker, Leader of the Official Opposition “This consistent failure to act has proven that Island tenants and landlords cannot rely on this Conservative government for prompt solutions to housing and tenancy issues.”

This legislation will need to be completed and passed before rent increases take effect on January 1st of next year. In order to ensure this happens before the deadline, the Official Opposition Green caucus is working on its own bill for the upcoming fall sitting to deal with what is an emergency situation and reduce the rent increase to a more manageable level.

The Green caucus will also be pushing hard for the inclusion of a cap on allowable rent increases in the new Residential Tenancy Act to protect tenants from excessive rent increases and to avoid the need for intervention in the future.

“The housing crisis we face on Prince Edward Island is not new and we have watched successive PC and Liberal governments ignore the issue. As a basic human need, housing must be accessible and affordable. This legislation is but one tool we are using to protect Islanders’ right to housing,” said Bevan-Baker.