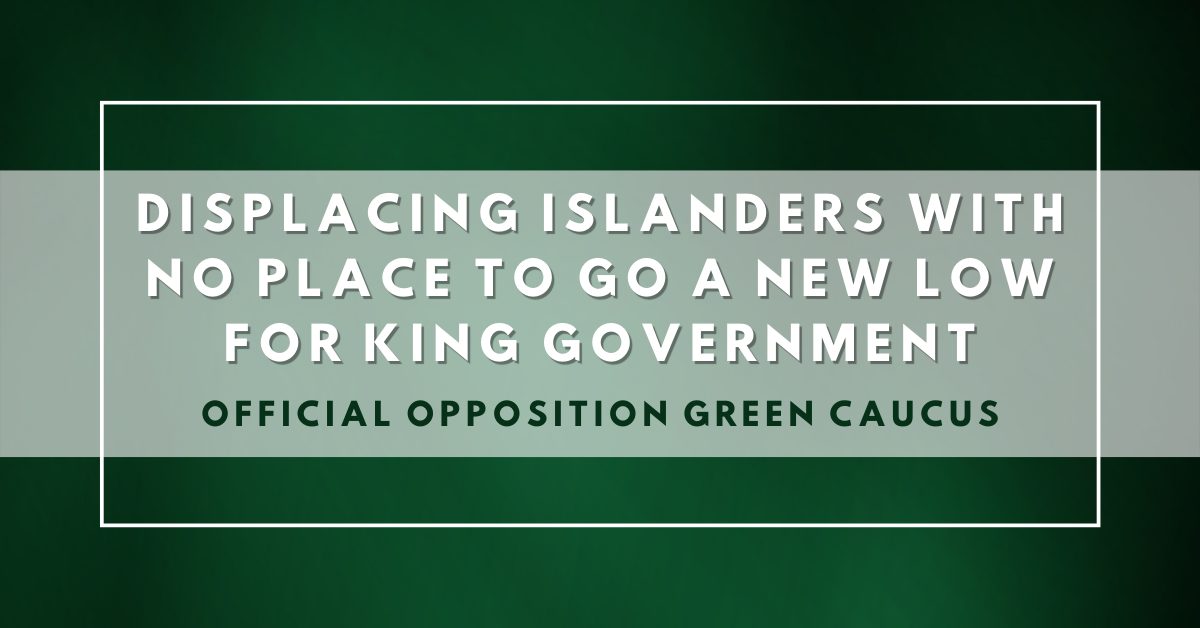 Displacing Islanders with no place to go would be a new low for King government
Official Opposition
December 15, 2022

Charlottetown, PE – Despite the provincial government’s insistence that it recognizes housing as a human right, it is increasingly clear that this is not the case.

Yesterday in an article published by The Guardian, an official from the Department of Social Development and Housing confirmed that the province would be removing unhoused Islanders from the Charlottetown event grounds within the next week.

“Despite the fact Minister MacKay is aware the province does not have enough modular or shelter units to meet the demand for temporary shelter that exists in our community, why is he insistent on displacing Islanders who already have nowhere else to go?” asked Karla Bernard, Official Opposition Green Critic for Social Development and Housing.

It is cruel to put Islanders in this position at any time of year, but it is especially cruel as we approach the holiday season with snow on the ground.

“Displacing unhoused Islanders does nothing to promote their well-being, nor does it promote the well-being of the broader public,” said Bernard. “It is hard to understand the public interest in making life harder for those who are already struggling.”

The Green caucus is also calling on the King government to meaningfully consult with unhoused Islanders and place the latter’s interests at the centre of decisions about their housing.

“Out of sight, out of mind is not the policy response the unhoused population deserves. We need prompt action from this government to get Islanders out of the cold.”