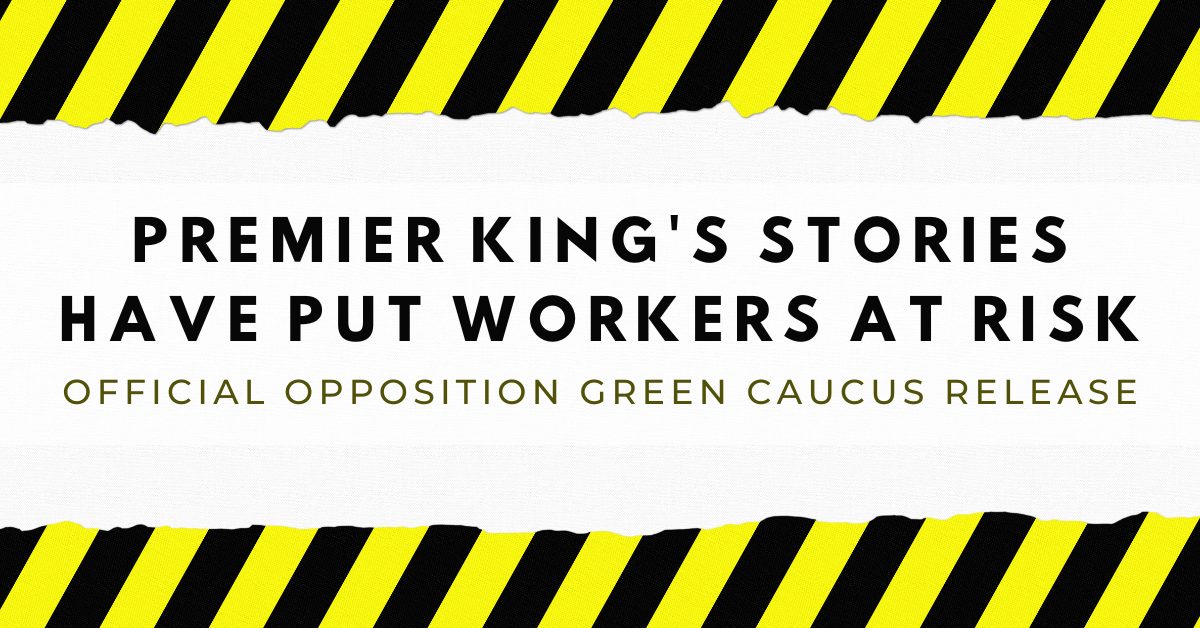 The Premier’s stories have put Island Workers at risk

Summerside, PE – Last Thursday, MLA Trish Altass asked Premier King “Will Cabinet immediately amend the Employment Standards Act regulations to specify that a COVID-19 infection is a circumstance that qualifies a worker for emergency leave and job protection under the act?”

The Premier said “So, the answer to that question is not only yes; it was done at 6:00 a.m. this morning.”

However, it appears that government has not amended the regulations, suggesting the Premier misled the House and the public. This means Island workers have lost access to job protection, and any Island worker who follows the direction of the Chief Public Health Officer by staying home when they are sick is at risk of losing their job. It also places a worker at the mercy of their employer who may not appreciate the importance of the public health advice the worker is following—something this same government warned about when it introduced emergency leave.

“It would be absolutely unacceptable for the Premier to mislead the House and Islanders,” said Trish Altass, Official Opposition Green Critic for Economic Growth, Tourism and Culture. “There was no order-in-council last week amending the regulations to protect Island workers. Even though the Premier has missed work and enjoys job protection when he is sick, it seems he is unwilling to provide the same protections for workers.”

There have been plenty of opportunities for the King government to do the right thing and make sure Island workers are fully protected when sick. Instead they chose to say no to paid sick days and to play politics to stop debate on protections for workers once the public health order for COVID isolation was lifted.

The Official Opposition is calling on the King government to immediately amend the Employment Standards Act regulations to protect employees who stay home while sick with COVID.