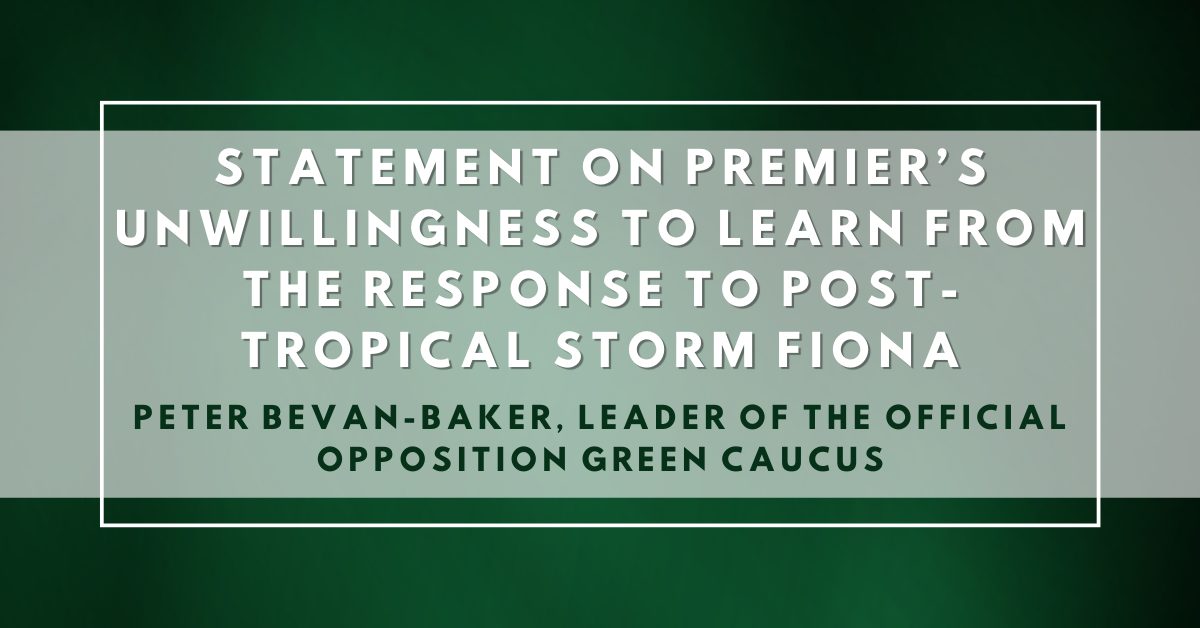 Statement by Hon. Peter Bevan-Baker on Premier King’s unwillingness to learn from the response to post-tropical storm Fiona

This past weekend marked the four-month anniversary of post-tropical storm Fiona hitting our province and causing unparalleled destruction and hardship. Despite the Premier’s assurances, we still have no announced plan to conduct a review of our province’s response to the storm. Instead of positioning us to learn from our mistakes, the Premier is setting us up to repeat them.

In the fall sitting of the House, the Green caucus introduced a motion calling on government to announce a public inquiry into our Fiona response. As we have stated repeatedly, a public inquiry is the best avenue to ensure a thorough investigation—one that is independent, public, and can compel third parties to participate.

I am increasingly worried the Premier is avoiding a public inquiry and find myself wondering why. Our province cannot afford to let political motivations or a reluctance to ask tough questions prevent us from exercising leadership when it comes to matters of safety and wellbeing of Islanders.

The Premier should do the right thing and launch a public inquiry into the response to post-tropical storm Fiona. And if he’s afraid or unwilling to do so, he should be open and honest about it.