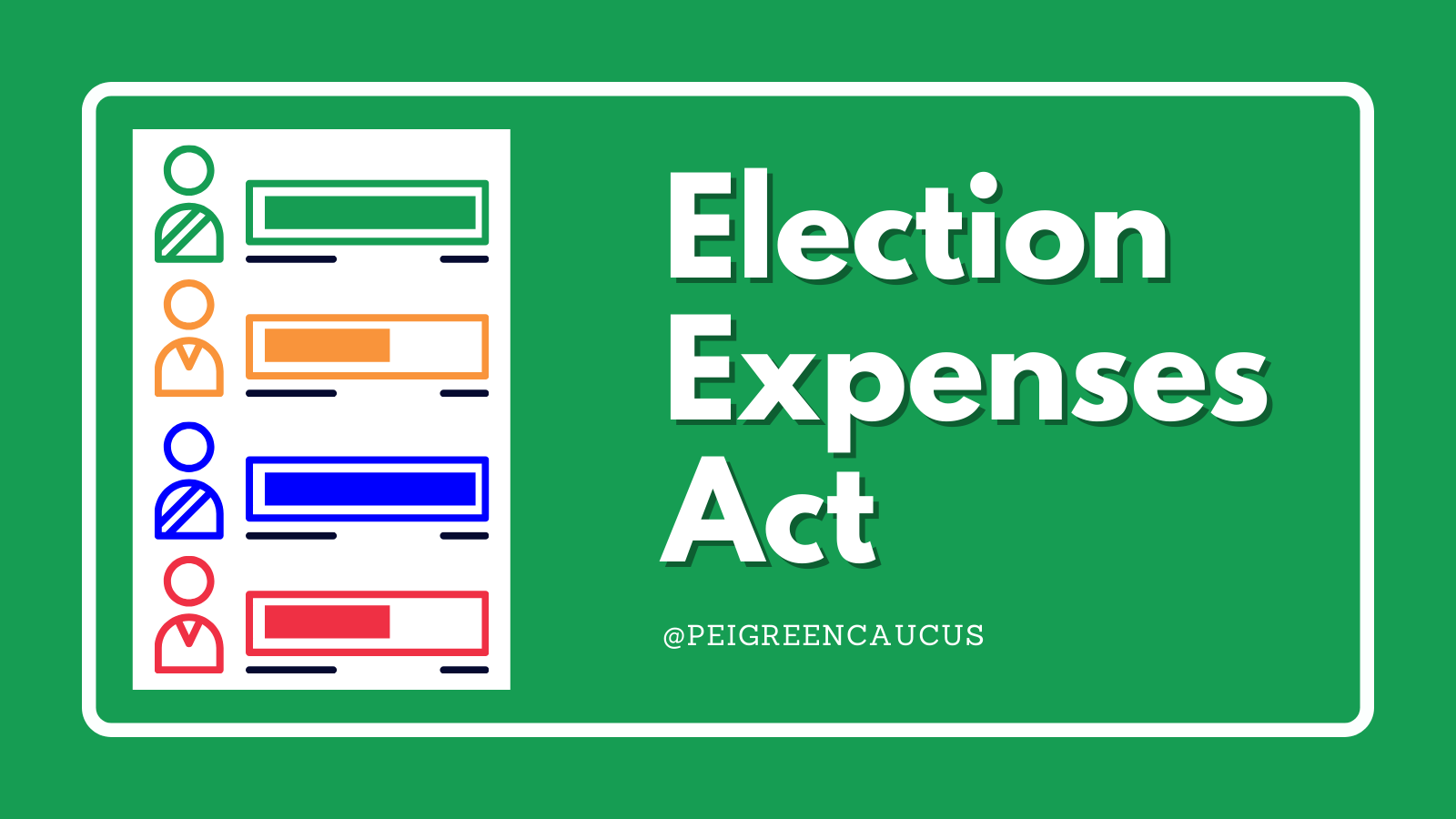 An Act to Amend the Elections Expenses Act

The overall aim of the changes we are proposing is to:

Under the current Election Expenses Act:

These problems lead to a variety of issues that are problematic and are of concern to Islanders.

Outside of an election, there is currently no way for Islanders to know how political parties are operating their finances or to whom they owe money. PEI is the only province that does not require parties to follow standard accounting practices of providing annual audited financial statements.

Small scale fundraising such as “pass-the-hat” or bake sales, which is much more accessible to people with lower incomes, is currently prohibited. This is largely because of the administrative burden of having to record names and addresses for every individual donation and issue a tax receipt.

There is no regulation around loans to parties. Some parties have taken out large election loans which allows them to spend well above the level that their support among Islanders would justify. This distorts the democratic process.

PEI is grossly out of step with the rest of Canada when it comes to per voter spending. Our spending limit per voter is $9.82. This is more than double the next highest limit in all of Canada. This also helps drive the current practice of some parties taking out large election loans and to those parties holding unsustainable debt.

Proposed improvements to the Act

The amendments we are proposing would address the issues identified above in the following ways:

Feedback on amendments to the Election Expenses Act

We invite Islanders to view our proposed amendments and to share their thoughts with us.

Please send your comments directly to us by email at officialopposition@assembly.pe.ca or call telephone at (902) 620-3977 to share your thoughts.