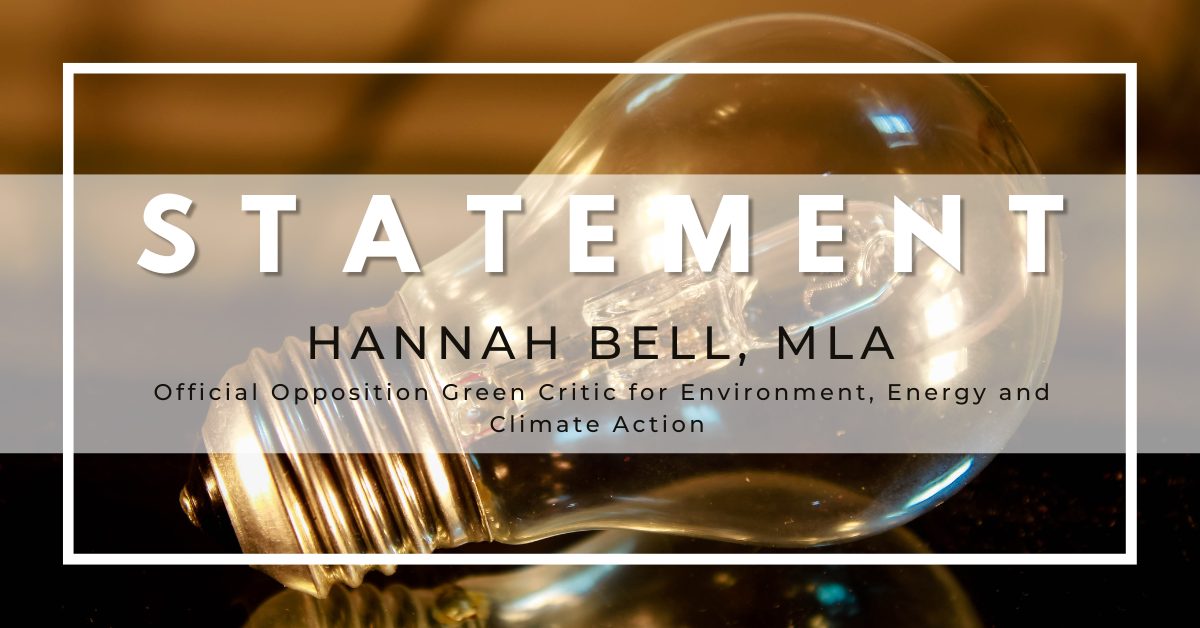 Islanders need more than words of disappointment from the Minister of Environment, Energy and Climate Action
Official Opposition
June 30, 2022

Islanders need more than words of disappointment from the Minister of Environment, Energy and Climate Action

When Minister Myers had the opportunity to improve electricity rates for Islanders through legislation, he said no. This is why it is a little rich to hear Minister Myers describe the recent rate application by Maritime Electric (MECL) as ‘disappointing’ and ‘ridiculous.’

When the Official Opposition Green caucus introduced legislation last year to modernize electricity on PEI, the Minister spoke against it. He said no to eliminating the existing rate structure that sees Islanders paying more for their power while saying yes to discounts for big corporations that use more power.

There are so many other things the Minister could also do to improve energy costs to Islanders. For example:

Yet, when these proposals were introduced in the House in 2021, the Minister argued against each one.

Similarly, during the last rate increase hearing the Official Opposition intervened to propose a fairer and more equitable rate structure that would provide better prices for most Island households. Meanwhile, the PEI Energy Corporation, which reports to the Minister, was according to IRAC “generally supportive of MECL’s Application, including the proposed rate increases and the proposed manner of phasing-out the residential second block.”

Now that Islanders are facing choices between paying their rent or mortgage and buying medicines, food, or electricity, the Minister thinks it is politically advantageous for him to suddenly become concerned. I hope the Minister is true to his word and promotes a progressive rate structure before the Commission that would lower energy costs for most Islanders, just as the Green caucus did in 2019.